I wrote this article a few years ago, and it was originally published in the Detroit Free Press Twist Magazine on November 10, 2007. Earlier this week, one of our youngest son’s friends left for the U.S. Air Force-BMT. Late last year, the daughter of another family we know enlisted in the U.S. Army Reserves. To these young people – thank you! And to the military moms and dads, we are here for you!

Last Veterans Day, Lynne Cobb wrote about having her husband away at war in Iraq. This year, Lynne tells us about the mixed emotions of her son joining the military. This is her story.

Labor Day weekend, as many parents were packing up their kids and sending them to college, I watched my oldest son, David, scrutinize his very short list and place his few authorized belongings into a nondescript duffle bag. No microwaves or futons going with him. He was off to U.S. Air Force Basic Military Training (BMT).

BMT is a whole new world. Your child leaves with one bag — no computer, no cell phone — no texting, instant messaging or calling. You do not get to talk to your child until he or she has the opportunity to call you. The first call will be about two minutes — enough for you to get an address. Mail service is slow. I found the lack of communication to be unnerving. Not quite a year since his dad’s return from Iraq, my son was off and running on a new adventure. Excitement and apprehension ran high for the family. I wrestled my emotions — pride, fear and the realization that our family would never be the same.

As the weeks of training continued, I found myself wondering what was more difficult — being a military wife or being a military mom and sending my son to training and possibly war. The first few days of my son’s departure, I was in tears. When I went two days without crying, I felt I had made progress. There were days I would hear his favorite song and smile; other days that song would reduce me to tears. I’d see his truck parked outside and think, “He’s home,” only to realize a split-second later that, no, he really wasn’t. 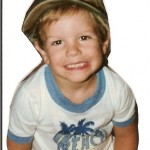 I never realized just how much I’d miss him, that the ache would be so intense. It was like an emotional replay of my husband’s deployment. And, as with that deployment, my emotions ran the gambit between pride, lonely emptiness and worry. The emotional parallel is nearly identical, though I felt the need to go and rescue my son.

My husband has been supportive of my mixed bag of feelings. There is great comfort in having such a close source to answer my questions. We joke as to whom I should root for during the Army-Air Force football game.

My husband and I were blessed to be at our son’s graduation from BMT. It was an experience we’ll never forget and an event I wish every American could witness. To see almost 1,000 recruits graduate and take the oath to defend our nation is a moment I’ll never forget. While hearing the national anthem, seeing the U.S. flag as well as the flags of the 50 states and U.S. territories waving in the warm Texas breeze was a sight to behold. Not only was I a proud mother, but a proud American.

I am so very proud of the decision my son made to serve our nation. I am humbled by, and I thank, those who have made the same decision, and for those who will do the same. I thank the parents who supported their child’s decision.

No matter what the future holds, with faith and prayer, we will survive the miles between us, wherever he may be called to serve.

Are you a military mom? Have you experienced sending your child off to boot camp? How did you handle it? Let me know in the comments section. And again, thank you for service as a military family! 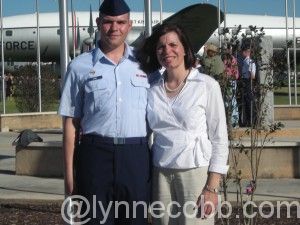